Skip to content
A short drive north of Council Bluffs is a beautiful Lewis and Clark State Park.  The park holds Blue Lake, a really old oxbow lake that has been there since I was a little boy.  A couple of decades ago I  fished it with my son when he was young.  The lake was the typical narrow body of water that ran north and south and then curved to the west to form the oxbow. 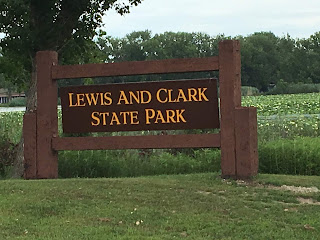 You would think that this type of lake would have a mud bottom, but back then the water was relatively clear, so the soil under the water must have been sandy.  The second thing about the lake that was interesting was it contained an unusual of weed covering almost half of the surface.  Looking through pictures of lake weed, it appeared to be Milfoil weed.

The strategy was to work along the edges of the weed and weave around through the various patches.  It would go from the shore almost to the middle of the lake in bands.  We would pick up some nice size Northern Pike which after taking out the Y bones made for an excellent fillet.
https://www.youtube.com/watch?v=VS_cHdKS-_A

Click on the link above to watch an excellent demonstration of taking out Y bones.
The other specie of fish caught was Large Mouth Bass.  The bass were good size and were really meaty.  Bass was the common fish caught back then along with crappie and this lake produced good catches early in the season.  As it got hotter the fishing slowed way down and by the end of July it was hardly worth going.
We had unusually hot weather this June and early July, and it totally turned off my wife from going.  Cooler weather is much more pleasant to be in a boat almost all day and especially when the sky is blue and the sun is at full fry.
On our way to South Dakota we drove by Onawa, IA, the exit to the town and also Blue Lake.  We had a break in the weather for several days and decided to give it a try.  It is less than an hours drive from our home.  The sky had a high overcast and the temps had been cool for this time of the year.  Up we went to Blue Lake.
I checked at the local bait shop in Council Bluffs and they told me there were some reports of good bass fishing, but the northern pike appeared to be all but gone due to the flood in 2011.  We will eat bass.  Up we went to the lake.  The State of Iowa has done an outstanding with this recreation area.
Lewis and Clark is a very popular area for family picnics. The park has more than 30 acres of picnic grounds with tables, fire grills, and drinking water. Two open picnic shelters are available for picnic use on a first come/first serve basis and may be rented through the park office.
While visiting Lewis and Clark, we took the opportunity to view the full-sized reproduction of Lewis and Clark’s keelboat/barge, “Best Friend,” which was constructed by Butch Bouvier of L&C Replicas. The keelboat display room offers visitors the ability to see all of the boats that were utilized on the Lewis and Clark Expedition.  The replica boats on display are a keelboat, two pirogues, a dug-out canoe, The Iron Boat, and a bull boat.  Also on display are many informative pieces from the expedition.  Large groups may schedule an appointment to go on an exciting boat ride in a working keelboat. The keelboat display is open Tuesday through Saturday from 9 am to 4pm  from April 15 – October 1.  October 2 through April 14, you can visit by scheduling an appointment with park staff. 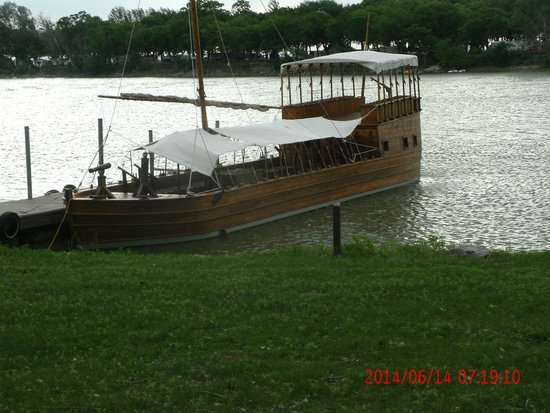 This photo of Lewis and Clark State Park is courtesy of TripAdvisor
The lodge at Lewis and Clark is a fine place for group events such as wedding receptions and family reunions. The lodge was constructed in the 1930s by the Civilian Conservation Corps. The lodge may be reserved for a fee online through the park reservation system. 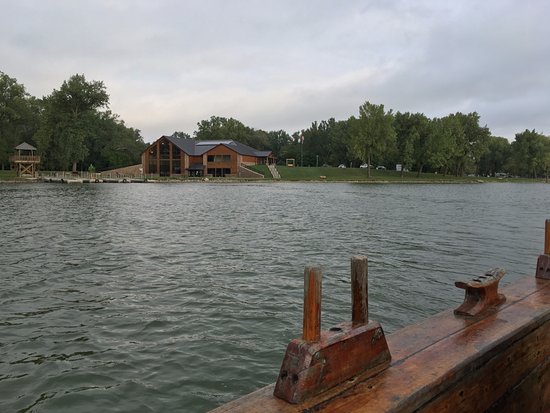 This photo of Lewis and Clark State Park is courtesy of TripAdvisor
The Lewis and Clark campground is a great place to spend a leisurely vacation in the outdoors with electrical hookups and full hook-ups that lie along the lakeshore. Modern rest rooms and showers are available, as is a trailer dump station. Advance campsite reservations can be booked through the park reservation system. One fourth of the campsites are available on a first-come, first-serve basis.
The boat ramp is excellent and we came to fish.  First we headed to the south end of the lake and began throwing plastic worms along and among the Lilly pads  We would picked up some small bass and they were promptly thrown back. 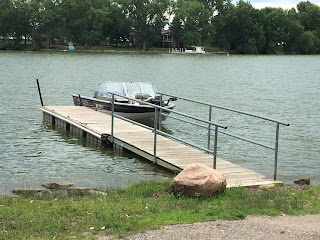 Moving up the east shore we continued to work the weed line.  The water on the weed line was about 2.5 to 3 feet deep.  The water was not the super clear experience we had had before, but there could have been an algae bloom and it was a little cloudy.  We continued up the shoreline picking up periodically a small fish but nothing of any size.
Moving over to the west bank and working the weed line produced the same results.  It is always fun to catch and pitch, but we want meat and this is what this exercise is all about. What was really interesting was when we moved out to about six feet of water, we began graphing fish and lots of fish.  Both graphs were pinging away and we had to shut the noise down.  The lake went down out to the middle in the eight to ten feet range and we failed to graph many fish in that depth. 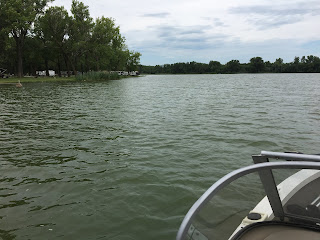 An old fisherman once told me let your graph be your eyes.  With that, we moved the boat to the more shallow side of the lake and threw the worms out to the lake.  The idea was to let them sink and then do a gradual retrieve.  That exercise produced nothing, but the idea made sense.  Put the bait where the fish are located.
Next we switched to deep diving crank baits and threw them out toward the middle of the lake and pulled them back in.  That again was an exercise in futility.
The next idea was to use the most favorite hard bait I had in the box and located all over the boat.  That is the Berkley Flicker Shad.  With this lure Pam and I have caught a plethora of walleye and northern pike.  Right now, we would settle for a carp.  Never never give up.  When the fishing gets tough, the fisherman should fish harder.

We drove back toward the south end of the lake and following the graph, figured out about where the fish had been graphed.  After throwing the lures out, we drug them along the line that graphed fish.  With great hope we anticipated some strikes and hits, but nothing happened.  It was getting close to lunch time and we needed some action.  What happened next was a boat put in and headed up to the northeast end of the lake.  There was a sharp bank there and they began to fish, working along the bank slowly.
I used to fish with a hard core fisherman from northern Minnesota.  He always carried a really good set of binoculars with him to study the competition if he was not catching anything.  It was time to study the boat that was working along the opposite shoreline.
We baited up a couple of jigs and just moved along the opposite bank working weed line and other obvious shore line structure.  At the same time, we studied our competitors to see if they were nailing anything.  We did not see them catch a fish.  Also, our activity had slowed considerably and we weren’t even getting a strike.
Hunger overcame our desire to fish and we headed into town for lunch.  I will come back up here late fall and next spring for sure as the water looks good and the facilities are excellent.
Good hunting, good fishing, and good luck Hank