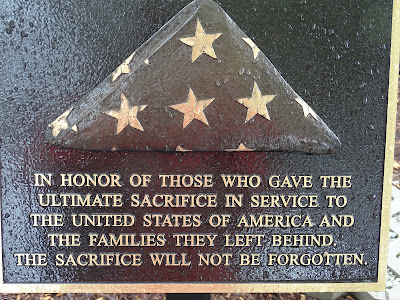 The day before Memorial Day, Pam and I started out across Nebraska to Sidney where she lived before going off to school and marrying a very charming gentleman, me. Sidney, Nebraska is the resting place for her family spread between two cemeteries, one in town and one in the country on the plains.

We have driven by on I-80 hundreds of times and each time, we said next time we will stop and see the Fort McPherson National Cemetery south of Maxwell.  This was the time. 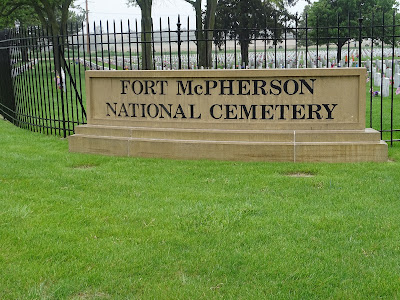 Fort McPherson was established in 1863 to ensure peace between the immigrants traveling along the Oregon Trail and Native Americans.  Troops originally provided protection from hostile Natives during construction of the railroad.

Establishment of the 20 acre cemetery in 1873 afforded space to re-inter remains from cemeteries abandoned by the Army when conflict between settlers and Native Americans decreased. A monument with a statue of a Civil War soldier marks the site of the old military post’s flagstaff.  Another monument marks the site of the Cottonwood Springs Pony Express station.  The Oregon Trail passed through the cemetery in a section that became known as Section H.

Twenty-eight soldiers killed by the Sioux on August 19, 1854 in the Grattan Massacre named after Lt. John Grattan, who commanded the soldiers during the fight, are buried there also.  The soldiers originally buried at a site near Fort Laramie, Wyoming were re-interred at Fort McPherson in 1891.  Historians consider the fight to be the opening salvo in a 36 year period of intermittent hostilities between the Sioux Nation and the U.S. Army, ending with the massacre at Wounded Knee, South Dakota in 1890.

Soldiers that were buried in Boot Hill in the Sidney, Nebraska were moved and buried in the cemetery in 1922. 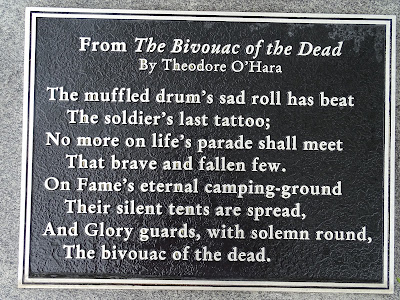 After this stop we headed to Paxton, Nebraska for dinner at Ole’s Big Game Steakhouse and Lounge established in 1933.  Paxton is at the 145 mile exit along I-80 and it is a short drive into town.  Ole’s is on the east side of the street and you cannot miss it.

Over a period of 35 years, Ole traveled to every continent and the lounge became the showcase for his adventures. More than 200 mounted trophies from his hunting safaris are displayed at Ole’s. Photographs and other memorabilia of his travels in the 30s and 40s line the walls. 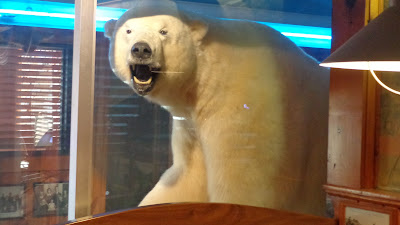 The Polar Bear greets you as you enter the front door. 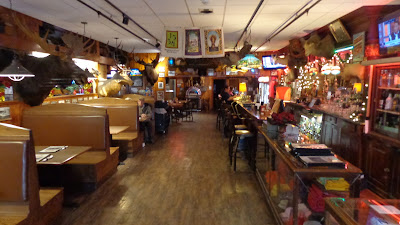 There are two large rooms and you will be having dinner under an elephant or a giant moose shot in the Yukon.  The food is outstanding too and they serve Buffalo Burgers along with great steaks.  After all this is Nebraska.

Summer is upon us finally.  Be safe out there.

Click on the book and buy from Amazon for an entertaining read.  Hank